Ryan has been playing cello since middle school and plays it as a practice of spiritualility and emotional release.

For my DIV III project I made a movie and an original soundtrack. The subject matter is morning death and loss. The process was very unique and a significant part of my DIV. And the music was always in conversation with the subject matter of the movie. They were simultaneous. All of the music and dialogue were improvised. The musicians and actors essentially created the material.

I had guided sessions with musicians that lasted an hour. And I had a voice recorder that I used. Then I would take selections from the recording sessions and use that as the soundtrack in the movie. We would establish different exercises to create music together. That would arrange from improvising music while the video was playing to more conceptual ideas of creating music based off a color or a feeling. So there were a bunch of different methods that were specific to each musician. A large part of each session was tailoring creation to ways that the creators would work best. That was the same with actors; we would use methods that would work best for them. Everyone was open to trying new things which was exciting. It made things a lot easier.

I think the most logical reason for myself [for guided sessions] was that there was no music I could create that would be better than improvised music or improvised dialogue. I studied improvisation, but I haven’t studied composition in depth. I know anything I made would not reach the same caliber as something that was made by musicians. I felt comfortable leading improv sessions. I can do that without any forethought, but it would take me a very long time to compose something that was even good.

I used a technique called comprovisation coined by Marty Ehrlich, Professor of Jazz and Contemporary Music. It is combination OF improvising and composing. There is no right way to do comprovisation. It can be used as a trial by error technique. The idea that improv comes in to play is that you use some sort of piece that cannot be recreated, but can be prepared. If we try to recreate the music that’s in the soundtrack, we would do something that was not exactly like what you hear. It wouldn’t be replicas of soundtrack, but similar. It would maintain it’s ephemeral quality.

I’m really happy with the result [of my project]. I really enjoy this collaborative process and I also think that what we created is really beautiful, if I do say so myself. I also want to make the soundtrack into an album, but don’t know if I can do that soon. I would love having an alum with the soundtrack because I think it’s really pretty.

I think I made a lot of realizations that made me more assured of myself as a musician. I don’t know if I learned any knew information from the music making process. I think it just made me realize the importance more. 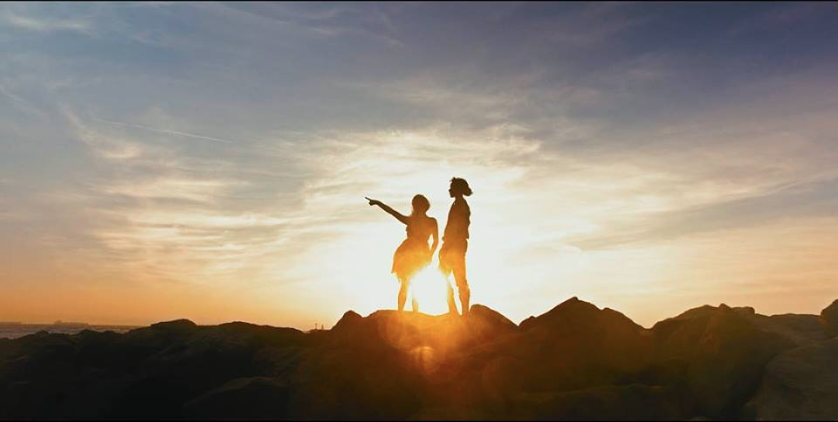 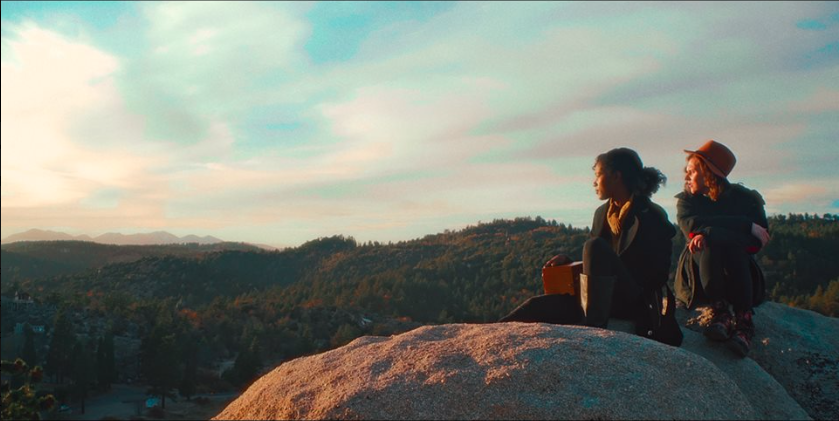 I’m from Long Beach, California, I went to Los Alamitos high school. I found Hampshire because I looked in a college book of thousands of colleges. And I looked for specific criteria and Hampshire met it. Then I toured them my senior year of high school. Walking around the campus made me feel like I needed to go here. I loved the campus and what it had to offer in resources and people. I loved the campus literally and figuratively. The people were friendly. They also looked like people I wanted to be. They looked artistic and proud, and unafraid to be who they were.

I feel tired and ready to move on to the next stage of life and school altogether. I feel content with the work I made and I feel maybe anxious to the level I want [the project] to be. I don’t want to add on to it, but I do want to refine and make it more polished. I think I’m going to have a friend of mine do another version of color correction on it. I want to sit down with someone who is better with audio correction. I also want to do a few more editing techniques to it and details. I want to prepare it for festivals. I haven’t chosen which ones just yet, but I have dream festivals which I may not end up submitting it to. I would be excited to submit it to the Ann Arbor festival and to a festival in Los Angeles. They are independent, but they are known among the film community.

Watch the trailer for Year of Winter

I studied filmmaking and studied music. Three fourths of my classes were based in video production and the other fourth was based in music. Kind of like a video major and music minor. There was a lot of overlap between the two. I studied a lot of film music and audio music and a lot of interdisciplinary arts. I’m very happy I was able to do that. That’s a big reason I came to Hampshire. I wish I took advantage of it more. Something I really admire of the Film, Photo, and Video program. It incorporates film, photo, and video under one program.

In high school, I didn’t think much about interdisciplinary studies and I was very confused when I came to Hampshire. I eventually caught on by doing and watching people older than me do the same thing. I worked on a lot of DIV III’s when I was in my second and third year. I helped a lot of older people work on their movies which was really exciting to do.

My DIV III wasn’t my hardest year at Hampshire, but it had its own challenges which were different than my own challenges while at school. My biggest challenge during DIV III was communication and organization which proved to be a problem. I think that was one of the best things I learned at Hampshire was how to be organized. My first year at Hampshire, I did the smartest thing during my college career which was label every document in my classes. Everything single document I have written was classified. That has saved me so much time and energy. That was the biggest the thing I am proud of. The second biggest thing I am proud is the internships. The third biggest thing I’m proud of is the work I’ve done here.

Just being able to convey what I want and need and listen to others. I think through my mistakes I was able to see what worked and didn’t work. And when I made a mistake I realized I needed to fix it.

[After Hampshire College] I will be living in the area and house-hitting for a person in Westhampton. I’m going to try to get a job being a lifeguard. And That’s my goal for the summer. I took a lifeguard class here last year and I passed my certification. I have been a guard at one community pool back home in California and the pool here at Hampshire. I enjoy that job. I used to swim and I took the class to do something that would make me get out of my comfort zone a little bit. I wanted the knowledge to save someone; how to resuscitate people. I like it because the information is useful beyond the pool context. I can use that information whenever I see someone who is injured. And I like helping others. All I know is that I’m going to stay here over the summer. My long term goals which might not happen, are too stay here until Winter begins around November or December and then go back to California. Then I will apply to one or two graduate school programs in California either in video productions or video studios. I am thinking about applying for California Institute of the Arts and the second one is University of California, Santa Cruz. There are very similar to Hampshire which is the biggest reason I‘m choosing them. They are also good schools. They have grades, but they don’t determine your education and success. I would be working with a committee just in the same way we Hampshire students work with committees here.

I think I will always continue music, but I do not want to do it professionally. If I do it professionally it would be more for fun, and I don’t want to depend on it for my occupation. I have played gigs before and I like there is a financial incentive. I like to get paid for something I like. I don’t have the skills to be a professional full-time musician.

I used to think very highly of DIV III students and after being one it’s not much different. I’m sad to leave my friends, but I’m happy to leave this school. I want to do something new, but I will miss the memories I’ve made here and the comfort of going to a university. There is a certain kind of comfort in having a very specific path and goals set out in front of you. The DIV system though incredibly flawed, is nice. You know when you have deadlines and things you have to do next. After Hampshire, there is no DIV system and there are many more options and paths to take which can be very overwhelming and scary.

There were incredibly positive and negatives moments. I feel prepared in some ways more so than if I had gone to another school and I feel disadvantaged in other ways. If I had gone to other schools I would be much more guaranteed to get a job in my field after graduation. But I feel ready for life after college because I gained a lot of life skills that I would not have gotten if I went to another school. The education system is very holistic at Hampshire which I appreciate a lot and betters me as a person. I sacrificed getting job faster and easier after school for a more holistic education. Hampshire is on this list of college that changes lives and I think it’s appropriate being on that list. I didn’t learn certain techniques that I would have learned at another college in lieu of critical thinking. For example, Hampshire doesn’t have quite as many industry connections as would other schools just because it’s a smaller school and not as widely known.

There is a lot I am not proud of, but I’m really happy I went here. That’s something I love about this school. If you meet someone that went to this school you have strong connection with them. This is a very unique place and there are not many other places that are similar to this. So someone who shares a similar experience as you shares a significant portion of identity as you.

I would say take advantage of the opportunities that you are given; be adventurous, but be wise.

One of Thirteen - Devin Forgue 19F

How a Building Can Be "Alive" with Oliver Silberstein 18F